We the (Employers signaled our opposition to ( THE GOP in CONGRESS!) 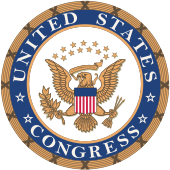 GOP has already signaled their opposition to (EVERYTHING)!

We the (Employers signaled our opposition to (THE GOP in CONGRESS!)

Thank you President Biden for my social security stimulus payment, in spite of the battle with congress!

If you receive Social Security benefits, you could be in for a raise after President-elect Joe Biden is sworn into office. With COVID-19 dominating headlines throughout the election, Biden's Social Security plan wasn't exactly a hot topic. Much of the attention it did get focused on fixing the program's solvency issues for future recipients.

But Biden has several proposals that would increase checks for people who currently receive Social Security benefits. Granted, with a divided Congress, he faces a tough battle. Still, expect the 46th president to advocate for these changes that could give your monthly checks a boost.
Biden's Build Back Better plan could hinder his ability to get the package through Congress.
Members of the GOP have already signaled their opposition to the White House's $3 trillion infrastructure plan and in the House, Biden can only afford to lose eight Democrats. For its passage in the Senate, he needs a unified Democratic caucus and 10 Republicans.

However, The New York Times reported Democrats may be looking at passing the measure without Republican support. Senator Chuck Schumer was reportedly exploring a way for them to use reconciliation to bypass Republicans and pass a package with a simple majority, as they did for the American Rescue Plan.

Newer Post Older Post Home
Subscribe to: Post Comments (Atom)
John Robert Lewis “Never Give Up”! – “Never Give In”! – “Always Keep The Faith”- - Whoopi said, “Don’t get scared, It’s your country, take it back” - Elijah Cummings said; “This is our Watch”